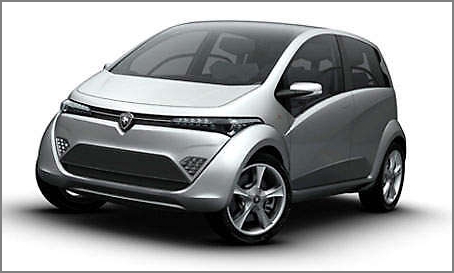 Malaysian car-maker Proton which has been looking at the Indian auto industry for years is now considering an serious entry, and have started talks again with Mahindra & Mahindra for a partnership.

According to industry sources, talks between the two firms in 2007 did not fructify, following which the Malaysian car-maker had opened a dialogue with some other Indian players, including Argentum Motors.

Proton, on the other hand, is clear that it needs to have a presence in India. Proton may look at a CKD route to launch cars in India. M&M could help Proton assemble cars in India.

After the break up between Renault, Mahindra is left with an idle capacity which was initially designed to manufacture 50,000 units per year, but with the falling Logan sales this could be an good option.

Proton has identified India as one of the key markets to export its products. Some of the models that Proton sells include multi-purpose vehicle Exora, small car Savvy and sedan Saga.

Proton will mostly bank on its new concept EMAS which they showcased recently which could join the small car race in India.

Malaysia’s Proton to drive in to India