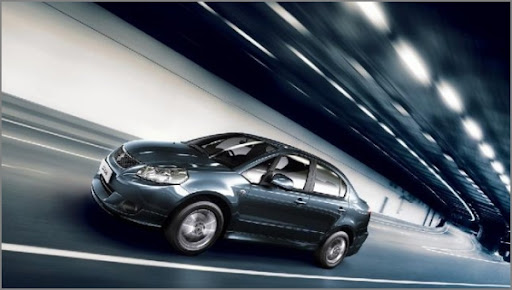 The Delhi Police has decided to phase out Ambassador Cars completely and replace them with faster and fuel efficient Maruti Suzuki SX4.

Well we are not very sure how much less the crime rate will decrease by this move, but certainly Maruti will cash in more numbers and could help the SX4 be the segment leader topping the Honda City.

The SX4 is available in three fuel options: Petrol, CNG and Diesel. The CNG and Diesel variants would be beneficial as they would keep the running costs lower.

A signature of government officials the Ambassador car is all set to be phased out pretty soon. The Delhi Police has decided to phase out Ambassador Cars completely and replace them with faster and fuel efficient Maruti Suzuki SX4.

Earlier, the Commissioner of Police Delhi, BK Gupta stated: “We are in the process of buying vehicles like Maruti SX4 that are easy to maintain and save fuel.” A proposal was sent to the Ministry of Home Affairs long time ago which was finally accepted.

Although, phasing out of Ambassador Cars have just started with police department receiving twelve SX4 cars. Commissioner BK Gupta was the first to get his car replaced with a brand new SX4.

The Commissioner of Delhi Police stated that four basic things were kept in mind while choosing a replacement for Ambassador which included fuel economy, maintenance cost, comfort and speed.  Maruti Suzuki SX4 was the first choice for Delhi Police, as the car is equipped with a fuel efficient yet powerful engine. This will certainly bring down the running cost of police vehicles. On the other hand, SX4 is amongst the most comfortable sedans in the Indian market.

Along with being economical, comfortable and maintenance free, the muscular look and lavish interiors of SX4 left Delhi Police with no other option to choose from. The SX4 delivered to the Commissioner of Delhi Police is equipped with a number of luxury and safety features which certainly raise the bar when it comes to government vehicles.

Police officials seemed quite upbeat about the move. Some of the senior police officials believe that replacing the old Ambassadors cars with SX4 will certainly change the way people perceive police cars. It is certainly the beginning of a new era when it comes to police vehicles.

The Mahindra team was celebrating its best MotoGP result in the 125cc category so far at the Dutch TT today. In a race cut short by rain, both riders finished in the points – with […]