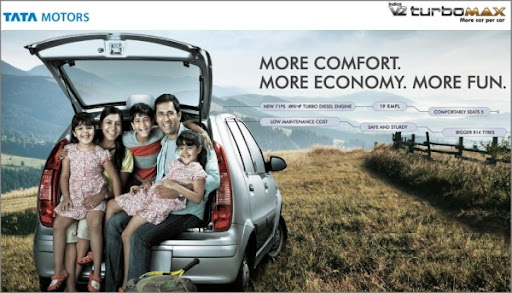 Tata Motors have launched an upgraded version of its old Indica christened as Indica V2 Turbomax. With the absence of a car in the 2.8-3.3 lakh segment, and with Maruti launching the Alto K10, this could be a good step to fill in the void at least till Tata Motors launch a new car.

The Indica V2 Turbomax is fitted with an BS4 1.4L turbocharged engine which produces a maximum power of 71PS @ 4500rpm and a maximum torque of 135Nm @ 2500rpm. Tata Motors claims an ARAI certified mileage of 19Kmpl.

For more details on the click on the link: Tata Indica V2 Turbomax

Tata Motors which launched the Aria crossover on the 11th October had send a vehicle to JLR for finishing. We all assumed that JLR would give inputs to improve the Aria. The truth behind this […]