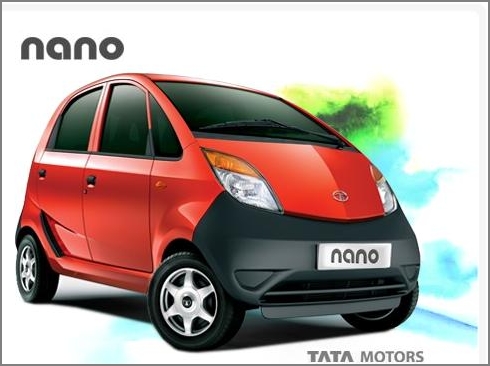 Tata Motors just few days back inaugurated their Sanand facility. This wil help roll more Nano’s therefore reaching masses will be easier. Tata is now planning to drive the Nano in to Taiwan, a manufacturing hub of iPods and green technologies, later this year.

Theodore Huang, chairman of Taiwan’s TECO group, is upbeat about the prospects of the Tata Nano in the Taiwan market, but says it may have to be modified to suit the island’s high environmental standards.

Huang, who visited New Delhi in January and went on a test drive in a new Tata Nano, said he was impressed by the small car and found the ride “comfortable and satisfactory”. It accelerates smoothly and can exceed speed of 100 km per hour, he said.

Huang’s company is interested in becoming Tata Motors’ agent in Taiwan and selling the Nano car in the prosperous island, the world’s 17th largest economy that has identified India as a focus market.

Huang, however, feels that price alone would not guarantee Nano’s success in Taiwan and made it clear that the TECO Group, better known for its industrial motors and home appliances, will only sell the car if its specifications conform to Taiwan’s regulations and requirements.

TECO has provided Tata Motors with Taiwan’s automobile safety requirements as a reference and is waiting for the results of the Indian carmaker’s assessment.

Tata Motors have launched the Venture passenger Van in Goa. The Venture is the new people mover from the stable of Tata Motors which can comfortably accommodate 8 passengers with plenty of luggage space. Venture is […]

Tata Motor’s have been booked within ten days of its launch in Nepal which is the only market abroad after Sri Lanka where Nano is being sold. Nano standard cost Rs. 798,000 in Nepal and Rs. […]