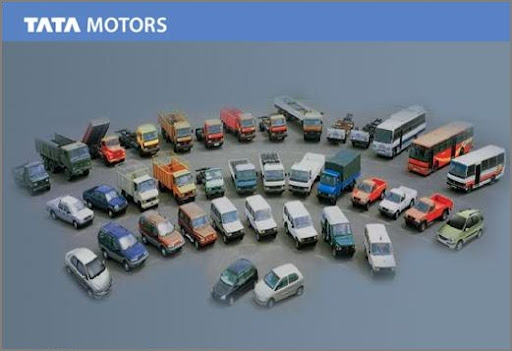 Tata Motors is happy to announce that it is providing complete transport solution to the Queen’s Baton Relay, as part of Commonwealth Games 2010. The Baton came from Pakistan today at the Wagah Border.

On its 100-day national tour, the baton will visit the capital of each state and union territory, and many other cities along the way, covering more than 20,000 km. By the end of its journey, the baton will have traversed over 190,000 km in 340 days, making the Queen’s Baton Relay 2010 Delhi one of the longest relays in the history of the Commonwealth Games.

Land Rover: Land Rover is the gold standard in the world of 4x4s. Land Rover has best in class engines which is the heart of any automobile. The power, combined with the responsive chassis & suspension to take on any surface and Landmark Terrain response technology which is a unique to Land Rover, effortlessly propels the vehicle on any kind of terrain.

Grande Mark II: Grande Mark II is the most rugged and safe vehicle of its class. Designed like a mean machine, with all the comforts of a family car, the new Grande Mark II is a whole lot more than meets the eye. Designed to make heads turn, from its macho stance to its rugged good looks, each and every styling detail has helped to lend the Grande Mark II with a truly unforgettable look.

The baton’s journey symbolises the unity and shared ideals of the Commonwealth of Nations, and enables communities beyond the Host City to share the Games celebrations. It also serves a functional purpose in carrying Her Majesty Queen Elizabeth II ‘message to the athletes’ from Buckingham Palace to the opening ceremony of the Games.

The Queen’s Baton Relay 2010 Delhi commenced from Buckingham Palace on the 29th October 2009. The baton then travelled through all other Commonwealth nations – a historic journey that covered a distance of more than 170,000 km in 240 days. The relay will conclude after the final Baton bearer enters the Jawaharlal Nehru Stadium during the Opening Ceremony of the XIX Commonwealth Games on 3rd October 2010 where Her Majesty’s message will be removed from the baton and read aloud, officially opening the Games.

Tata Motors which launched the Aria crossover on the 11th October had send a vehicle to JLR for finishing. We all assumed that JLR would give inputs to improve the Aria. The truth behind this […]

Tata Motors began accepting spot bookings for the Nano, in four states. Unlike earlier, the Nano will now be available for a test drive and immediate bookings in Maharashtra, Uttar Pradesh, West Bengal and Karnataka. […]

We caught the Tata Winger CNG being tested in Pune. There no badges or cover and the Winger CNG looked production ready. The only distinguishing feature was the green sticker on the front door and […]