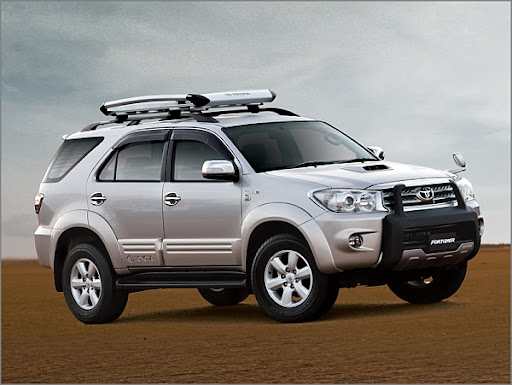 Toyota has announced that bookings for the Fortuner will reopen from July 1, 2010 across India. The company had put a hold on the bookings from January 31, 2010 because of a backlog of orders booked in.

The Toyota Fortuner was launched in August 2009, and since then has sold more than 8,500 units with a commanding market share of more than 60 per cent in the mid SUV segment. To meet the high demand, the company has increased the production of the Fortuner to more than 950 units per month from the initial 500 units per month.

Sandeep Singh, deputy managing director-Marketing :We have now increased the production of the vehicle to more than 950 units to clear the present backlog of less than 4,000 customer orders by this September. We are happy to reopen the bookings from the 1st of July for a limited period, and will start deliveries of the Fortuner from October until December 2010.”

Toyota Fortuner is all set to get a new face. Launched two years ago, the Fortuner has been in the international markets for a little longer than that and has been a runaway success in […]