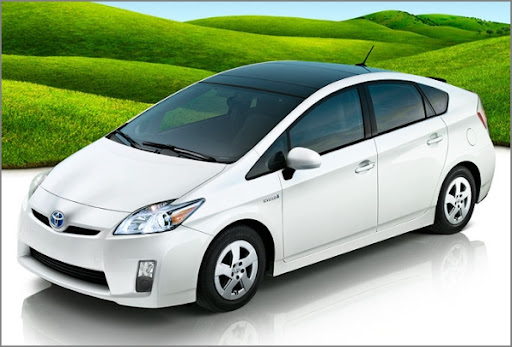 Toyota India plans to launch Prius in India by March end. Toyota India had unveiled the Prius at the 2010 Delhi Auto expo.

Toyota debuted the new Prius 2010 model at the 2009 North American International Auto Show and sales began in Japan on May 18, 2009. Its new body design is more aerodynamic, with the coefficient of drag reduced to 0.25 Cd. An underbody rear fin helps stabilize the vehicle at higher speeds.

In February 2009, media reports revealed that over one hundred complaints had been made to the United States’ National Highway Traffic Safety Administration’s Office of Defects Investigation indicating that the MY 2010 Prius’s brakes do not always function correctly. Two of the complaints were injury crashes, and NHTSA launched an official investigation into the MY 2010 Prius brake system.

An internal NHTSA agency memo stated “It appears that when you hit a bump, the regenerative braking (front wheels only) cuts out, and there is a short delay until the friction braking kicks in. This results in loss of braking, which is experienced as acceleration (due to sudden end of deceleration from braking).

In February 2010 Toyota recalled the Prius over brake issues. However the Prius which will be sold in India starting end March 2010 will be entirely free of any defects and has undergone rigorous testing to ensure the highest quality standards.

Toyota will launch the Etios TRD Sportivo limited edition in October. The Japanese car maker launched the Liva TRD Sportivo in July and also launched its flagship sedan the new Camry in August. To keep […]

Toyota Kirloskar Motor registered sales of 7470 units in May 2011. The company sales grew by 24% when compared to the corresponding period last year. The Etios is the main sales driver which sold 3,412 […]

Toyota registers a growth of 22%

Toyota registered a growth of 22% in June 2012. Toyota Etios series has helped the company grow month on month. The company sold 14,700 units in June as compared to 12,034 units in the corresponding […]