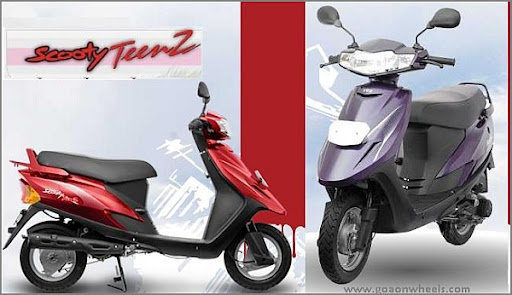 The electric 2 wheeler market which showed good growth initially is now facing tough times. Many companies are facing falling sales and with no government support there are very less who opt for electric vehicles.

TVS too is facing a similar trend and have put its production of Scooty Teenz on hold due to lukewarm response.

“We have an electric three-wheeler, which we had planned to introduce but there is no market for such products. So we don’t have any plans to launch it now,”. Also, it has no immediate plans to resume production of its electric scooterette, Scooty Teenz Electric, which it stopped manufacturing since May 2009, TVS Motor Co Marketing President H S Goindi said.

TVS had launched the ‘Scooty Teenz Electric’ in April 2008 with high hopes of selling around 40,000 units per year. However, the electric scooterette with an ex-showroom price of Rs 29,900 at the time of launch failed to meet expectations.

TVS Apahe is getting a new avatar soon , Apache Hyper Edge. TVS will launch the Apache 160 Hyper Edge which is essentially the Apache 160 with new dynamics and added features. Currently no much […]

Bangalore-based Ather Energy will launch the Ather electric scooter in Goa. The company is expanding its retail operations and will open their experience centre in Porvorim Goa, which is about 7 kms from the capital […]

TVS has upgraded the Star Sport to TVS Sport.