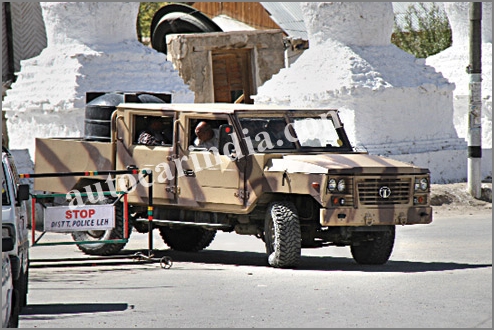 Tata Motors, which has been a supplier to India’s defence and paramilitary forces since 1958, has announced the launch of a Mine Protected Vehicle, as part of its strategy to enhance the scope of its defence business right up to frontline combat vehicles.

Thanks to Ramanath Alapati  & Autocar for images of the vehicles being tested. 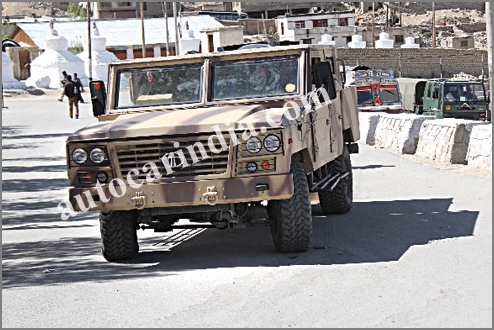 Tata‘s LSV is a single platform to undertake diverse missions such as reconnaissance, counter-insurgency operations for special forces and even as an ambulance. It has an adaptive automatic transmission, 60% gradeability, 750 mm fordability, 300 mm vertical obstacle climbing ability, 45% approach angle, 45% departure angle, 250 mm ground clearance and a top speed of 100 kmph. The vehicle can operate in a temperature range of –20 degree to +55 degree Celsius.

Tata Motors LCV champion Tata 407 completes 30 years of pioneering the transport & logistics industry. Ever since Tata Motors introduced the Tata 407 brand in India in 1986, the vehicle has been a huge […]

Tata Motors is all set to launch a slew of products in the 2011-12 financial year. Tata as already begun the assembly operations of its iconic brand Land Rover in India with assembly of the […]