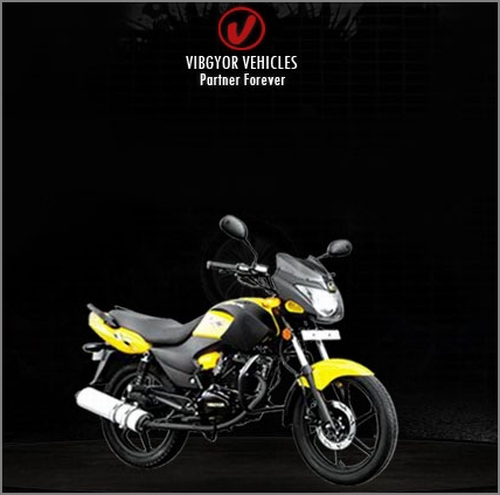 Vibgyor Vehicles have an existing manufacturing unit at Dhulagori plant near Howrah and is setting up another unit at Dankuni in West Bengal which will be operational by June this year, vice president of the company Mrigen Banerjee said.The company plans to invest around Rs. 100-crore in both these units, Banerjee said. The company proposes to increase its manufacturing capacity from 15,000 units per month to 30,000 units per month.

Vibgyor Vehicles plan to expand its manufacturing capacity for which we are planning to increase assembly units. Vibgyor Vehicles is also looking at setting up an assembly plant in Maharashtra for the western region, subject to the demand. The company, which recently launched its first 100cc bike ‘Gallop’, is poised to to launch its 125cc model ‘Hunter’ and 150cc model ‘Shark’ shortly. The 100cc Gallop is priced at Rs. 29,990 ex-showroom in Mumbai. Its 150cc Shark will cost Rs. 50,990 while 125cc Hunter will cost Rs. 43,990.

The successive launches of 100cc Persona, utility scooters and 200cc bikes are in the pipeline, he said.

The company is also eyeing an all-India presence banking on an extensive dealer and sub dealer network of 521 and 1200 outlets respectively. The company plans to sell 1.5 lakh units of Gallop in the first year of the launch and increase it to 2.5 lakh in 2010 and 3.5 lakh units 2011.

For more info click on the link: Vibgyor Vehicles

Kolkata based Vibgyor Vehicles, launched a 100cc economy class motorbike ‘Gallop’ for the suburban markets, and targets to sell 1.4 lakh units in 2009.