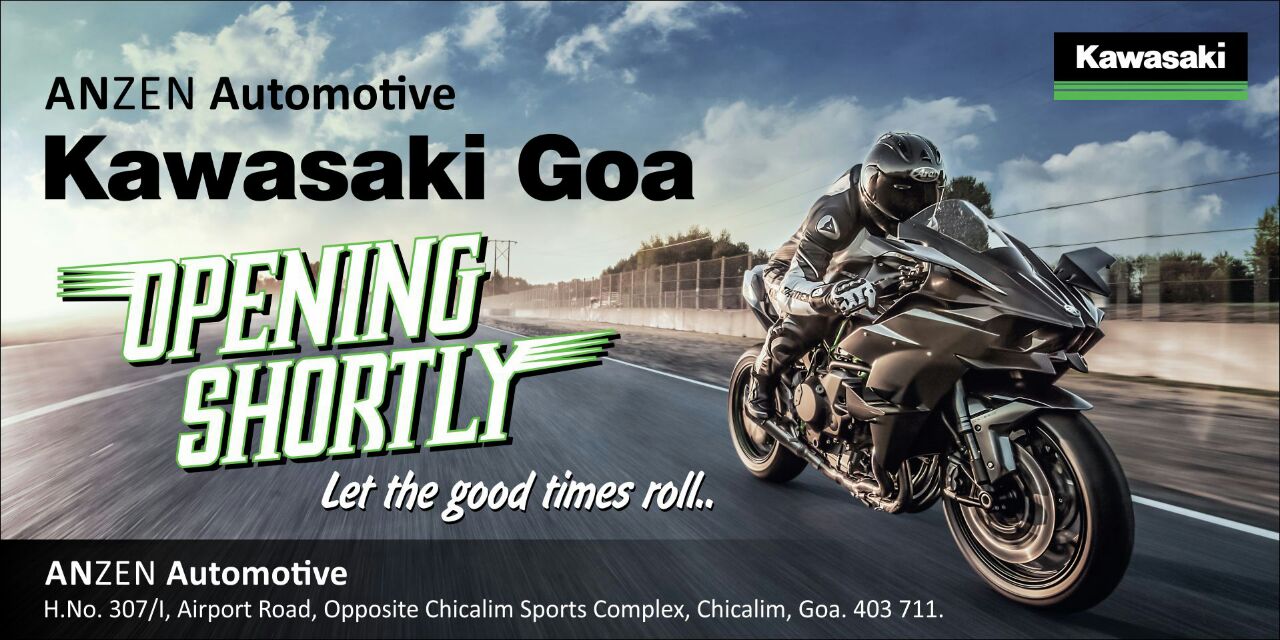 Kawasaki is all set to open a new dealership in Goa.

ANZEN Automotive KAWASAKI will be set-up in Vasco Goa on Airport Road.

The newest dealership will offer the entire Kawasaki lineup of 19 motorcycle models, in addition to Kawasaki riding gear, apparel, and merchandise.

Kawasaki which parted ways with Bajaj is looking aggressively to expand their presence across India and has opened over 15 stores.

India Kawasaki Motors Pvt. Ltd. has established a new plant independently. Operations from new production line commenced from September. In addition to the current model line up being produced (250-650 cc), the latest model with the largest engine capacity (1043 cc) known as (Ninja 1000) will also be assembled locally at IKM new plant.

The company was established within the premises of Bajaj Auto Ltd (hereafter BAL) plant located at Akurdi (Pune city) in 2010 and outsourced its production of the Kawasaki brand two-wheelers to BAL and the sales using BAL sales network.

In 2013, IKM started production at its own factory, and started to speed up the process of constructing its independent sales and after-service network and steadily built up the framework required for the two-wheeler industry in India.

The successful alliance with BAL in India ceased with effect from April 01, 2017. Subsequently, with the establishment of the new plant production capacity has increased 2-3 times of the existing capacity.

TCM blog has scooped what could potentially be the Ninja 150cc. As per the news source this could very well be the facelifted Ninja 150 is available in Indonesia. The bike now looks very similar […]

Kawasaki has released sketches of its all new 2011 Kawasaki ZX-10R sport bike with this concept sketch. The new 2011 ZX-10R will have an all new engine which will sit on a new frame and […]