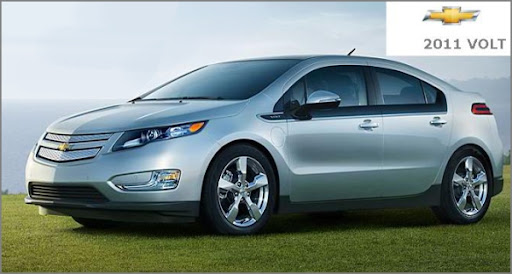 Unlike conventional hybrids such as the Prius, the Volt’s petrol engine never powers the wheels and is only used to top the battery up after its 40-mile range has been exhausted.

Production of the Volt will begin in September, and the car will initially be sold in California, New York, Michigan, Connecticut, Texas, New Jersey and Washington, D.C., G.M. said.

The Volt’s lithium-ion battery pack gives the car an emissions-free range of 40 miles. When the battery is depleted, a small petrol engine kicks in to run a generator that supplies electricity to the motor, extending the Volt’s range by 300 miles.

Deliveries won’t start until 2011 but impatient customers can pre-order their car online at www.getmyvolt.com

GM is also entering the compact SUV race and has filed a patent for the same. The compact SUV seems like it is based on the Opel Mokka compact SUV unveiled at the 2012 Geneva […]

Chevrolet will launch the all new Sail U-VA hatch in the Indian market on the 2nd of November. The car will replace the Aveo U-VA and will be the first product from the SAIC-GM joint […]