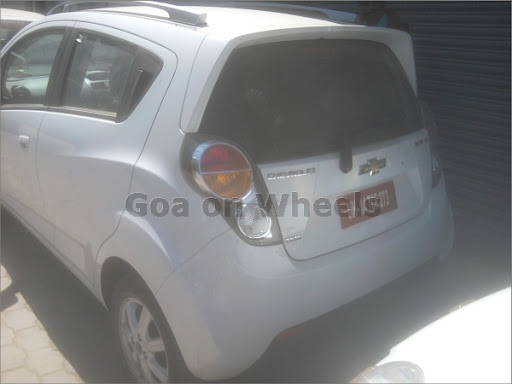 As reported first by us (Goa on Wheels), Chevrolet India will launch the Beat diesel in June. The company has started manufacturing of the engine at its Talegaon factory. GM India will strap on the 1.0-liter three-cylinder turbo  diesel engine in the Beat, which will be the smallest diesel currently offered any car in India.

Torino, Italy — A multinational team led by GM’s Torino Engineering Center and supported by engineers from GM India today announced that production of a 1.0-liter three-cylinder diesel engine will start in June 2011. The diesel expertise of the GM’s Torino engineers has resulted in an engine that is expected to enhance GM’s competitiveness in the Indian market.

“The exclusive design leveraged the capabilities of dozens of Torino-based diesel engineers to deliver what is expected to be a leader for its size in performance and fuel efficiency for the Indian market,” said Stefano Caprio, the 1.0-liter engine global program manager and chief engineer. “Contributing to the great fuel economy is an innovative, lightweight three-cylinder design.”

The 1.0-liter turbo-diesel engine will be manufactured at GM India’s Talegaon plant in Maharashtra and will be launched on the Chevrolet Beat in the second half of 2011.

“GM India President & Managing Director Karl Slym said, “This new state-of-the-art turbo-diesel engine will enhance the competitiveness of our Chevrolet line-up in the Indian market. The addition of diesel options to our portfolio will continue to improve our sales volume and market share,” Slym added.

About GM Engineering Center in Torino: the GM Engineering Center in Torino was established in 2005 with 80 employees. In September 2008, the center moved into its new Politecnico facility, making GM the first automotive company to become a physical part of a university campus. The collaboration brings strength to engineering research and development. The center engineers and develops diesel engines, controls and advanced propulsion systems. It currently employs more than 500 people.

Some of the key points on the Brio Pronounced as Br-ee-o means “energetic” and “cheerful” in Italian Man Maximum, Machine Minimum’ legacy has been perfectly carried forward with new Honda entrant! Brio is a perfect […]

The wait is finally over. Mitsubishi is all set to launch the new Lancer Evo in India on the 18th November. The Evo X will be brought to India as a completely built unit (CBU). […]

Maruti Suzuki India plans to launch the a CNG variant of its new Wagon-R within the next three months. Wagon R which is a popular model from Maruti was launched only in the petrol version […]