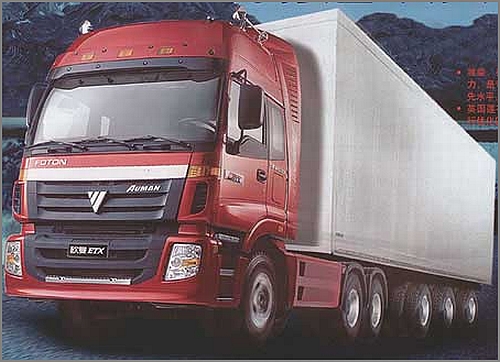 Foton is in talks with the Maharashtra government for procuring land in Pune to build a factory to manufacture light trucks, heavy trucks and buses. The first Foton vehicles on the roads would be low-floor buses mainly aimed at supplying under the Jawaharlal Nehru National Urban Renewal Mission (JNNURM) scheme, the persons said.

Foton is also on the lookout for an Indian managing director, a decision on which is likely to be taken by May this year. Foton mainly sells trucks in the low-to-mid range price levels, known as the Forland series, which account for close to 80 per cent of the company’s total sales in China. It has operations in 37 countries.

Foton would be the second Chinese auto company to enter the Indian market after Shanghai Automotive Industrial Corporation (SAIC), which acquired 50 per cent stake in General Motors India earlier this year. The first product from the SAIC stable, a light commercial vehicle, is expected to roll out from GM’ factory in Halol, Gujarat, during the first quarter of 2011.