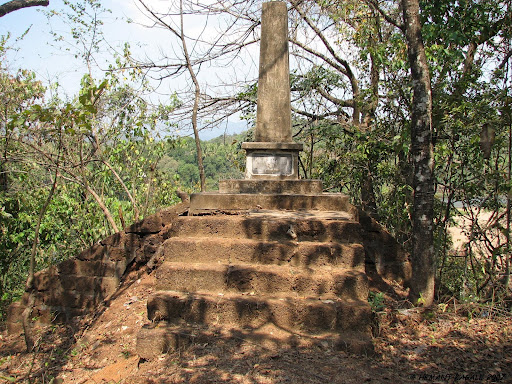 Located in Satari taluka and stronghold of the Ranes, who launched a series of attacks on the colonisers in the 19th century, Nanus Fort is best known for having been captured by Dipaji Rane and his army, partly composed of farmers dissatisfied with a new regime of taxes, fought the Portuguese, taking considerable territory in Satari as well as Quepem and Canacona talukas.

Eventually the Portuguese were forced to concede defeat, and accept their demands – though they did not live up to their promise once the rebellion was called off.

Today however one can only see the remains of the fort. To reach the fort one has to walk a little hillock.

After the City, Honda has given the Jazz a huge price discount. Thought not officially announced we confirmed with the dealer. The company has slashed prices of all variants of the Honda Jazz by upto […]

The Tata Pixel: Details and images

The Tata Pixel, with ‘Zero Turn’ drive and an innovative diamond-shaped door system, is a new city car concept for Europe from Tata Motors. Based on the Tata Nano, the Pixel – at just over […]

TVS Motors India’s third largest two-wheeler launched a new version Max 4R LX of the Max 4R. Max4R LX promises the same comfort and safety as that of the Max4R, and it also comes with […]