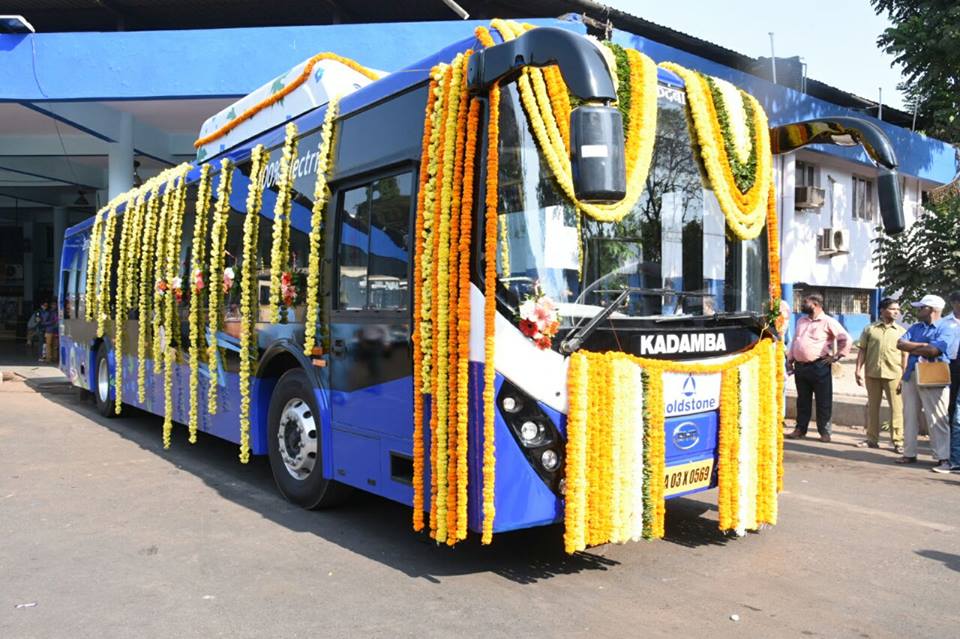 Goldstone-BYD has delivered its K9 variant to the Goa Government- certified by the Automotive Research Association of India (ARAI). The 12 meter bus will be plying on Goa roads for the next few weeks on a trial basis mainly on the Panjim-Margoa route.

Kadamba had also tried the Scania Bio Gas, India’s first biogas-run bus as a pilot project on the occasion of Independence Day 2017. 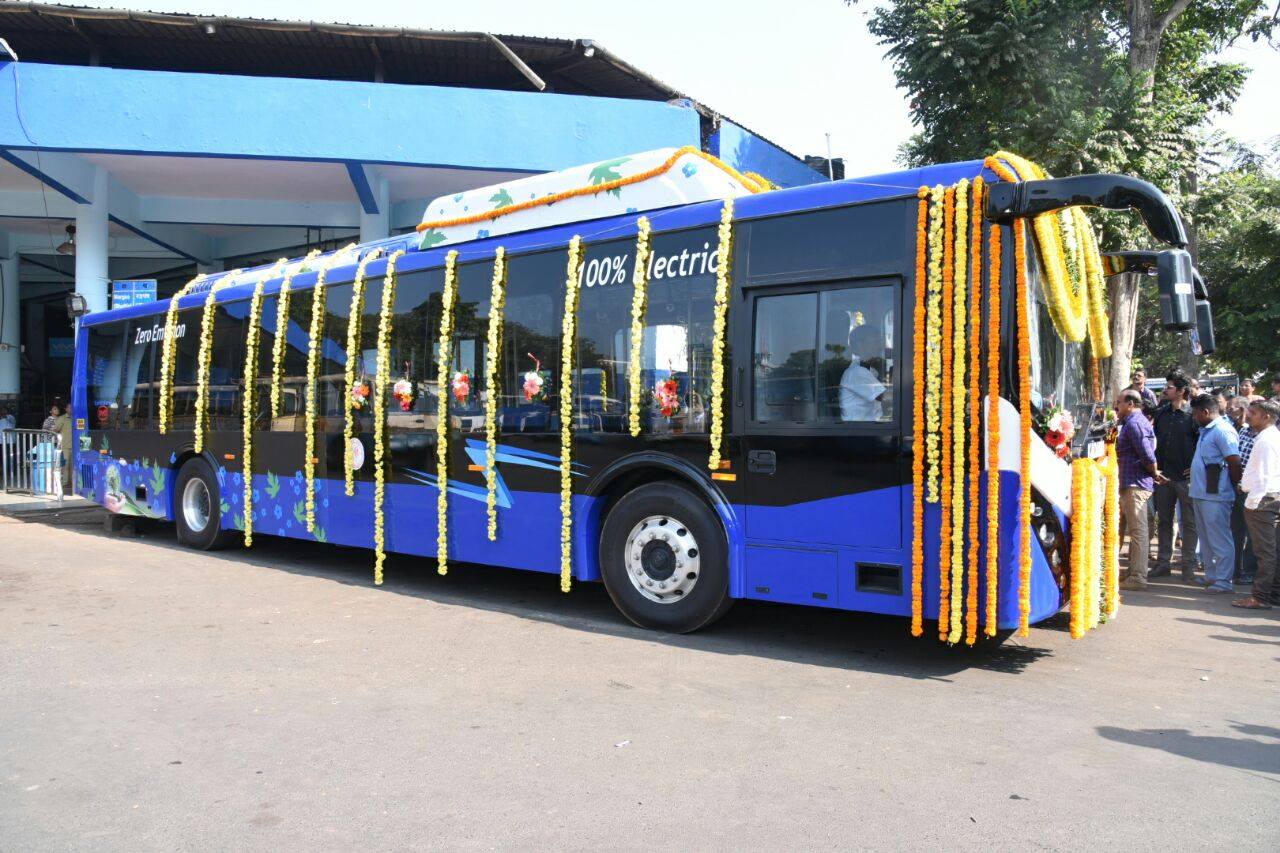 Goldstone electric buses are 100 percent electric, with zero emissions. BYD has launched two variants- eBuzz K7 which can ferry 31 passengers and eBuzz K9 which has a capacity for 39 passengers.

The buses cover upto 250 km at 70 kmph on a single complete charge that takes about four hours.

The Bus on trial will be the 12 meters eBuzz K9 varaint.

Charging points have been made available for the bus. The buses will be charged at Panjim Bus stand and takes 8-9 hours to get fully charged. The bus is approximately priced at Rs. 2.45 crore.

“Depending on the success of the trial run of this electric bus, the government will go for anything between 50 to 100 buses,” he said. The total estimated maintenance and running cost of the bus will be around Rs 55 per km, he added.

“We will put the condition that the driver must be Goan,” Parrikar said.

Bajaj Avenger has been chosen to motorcycle for the first fleet of 20 two-wheeler ambulances. Goa, one of the most popular tourist destination of India has launched bike ambulances in the state, to improve response time […]