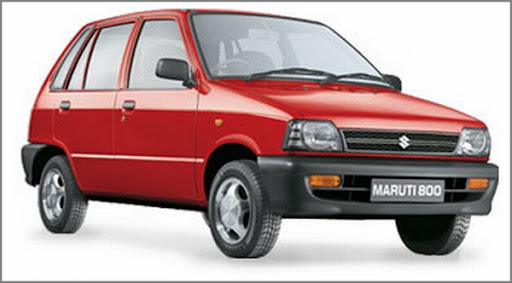 Maruti Suzuki India said it will phase out on its once bread-and-butter car Maruti 800 from April. India’s largest carmaker, has no plans to upgrade its lowest- priced Maruti 800 model to meet Euro IV emissions standards.

Maruti 800, made its debut back in 1982. The carmaker, whose hatchback bouquet includes M800, Alto, WagonR, Estilo, A-Star, Ritz and Swift, is now looking to reduce the number of its vehicle platforms. This will mean phasing out of some products that don’t meet emission norms.

The cities where BSIV norms will set in from April 2010 are Delhi, Mumbai, Kolkata, Chennai, Bangalore, Hyderabad, Pune, Kanpur, Ahmedabad, Surat and Agra. Other cities will come under BSIII norms, making it possible for the company to sell the cars. However, these would also come under BSIV norms by around 2015-16, that would finally mean phase-out of the two models.

M800 will continue to sell in Goa, as Goa will not be affected by BS4 emmision norms.

Mercedes-Benz, launched two variants of the 2010 M-class in India.

The pics of the upcoming 2010 BMW X1 are leaked. Rather than the 1 Series, the X1 crossover shares its full-time all-wheel-drive platform with the upcoming MINI Crossman, and is believed to be comparable in […]