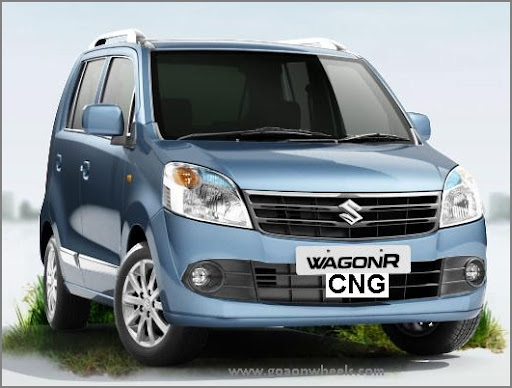 Maruti Suzuki India plans to launch the a CNG variant of its new Wagon-R within the next three months. Wagon R which is a popular model from Maruti was launched only in the petrol version and its LPG version was discontinued.

With petrol prices on the rise Maruti is planning to launch the new Wagon-R in its CNG version and will about Rs. 70,000 costlier than the existing version. Maruti Suzuki is working on at least five models across different segments to launch the CNG variants, which will come as dual mode with petrol, and these will be launched during the next quarter.

The move is a part of the company’s plans to expand its portfolio of eco-friendly vehicles, which could see other models such as Alto, Eeco, Estilo and SX4 also powered by CNG fuel, industry sources said.

When contacted, Maruti Suzuki India (MSI) Managing Executive Officer (Engineering) I V Rao said: “We have been working on CNG technology for the last two years and it is almost ready. We had shown the technology during Delhi Auto Expo this year.”

He, however, declined to comment on the model range and any timeframe to launch the products.

Asked about the possible price of the vehicles, Rao said, “These products are of high quality and there will be no compromise on safety standards. Most of the parts are imported from Europe, the US and Japan. There will be some cost to it.”

Maruti Suzuki handed over first lot of Two Maruti Suzuki SX4 Hybrid cars and One ‘Eeco Charge’ to Mr. Arvinder Singh Lovely, Hon’ble Minister of Transport for NCT Delhi. The vehicles intended for use at […]

Chevrolet to launch BS IV version of Tavera in 2011