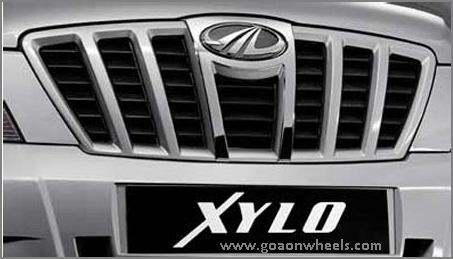 Mahindra & Mahindra (M&M) is looking to do a Nano by rolling out the country’s first sub Rs. 5-lakh sports-utility vehicle — a compact version of the Xylo by end of 2010 or early 2011.

Mahindra is quietly working on introducing a mini version of the Xylo in the Rs. 4.5-5 lakh range, or 35-40% cheaper than the existing base model, by 2011.

Mahindra  hopes to achieve this by shortening the length of the vehicle to within four metres so it attracts a lower excise duty of 10% compared to 22% for bigger cars and utility vehicles, they said.

If it manages to bring down the Xylo’s price to less than Rs. 5 lakh, the SUV will enter a price band that accounts for 60% of the country’s car sales and directly compete with compact cars such as the Maruti Suzuki Wagon-R, A-Star, Hyundai Santro, i10, Chevrolet Beat, Ford Figo, Fiat Punto and Tata Indica.

When it launched the Xylo in January 2009, M&M wanted the vehicle to challenge mid-level sedans, or three-box cars. Now it wants the mini Xylo to take on mid-level hatchbacks, or compact cars.

The compact Xylo will sport a much smaller engine than the 2.5-litre diesel engine that powers the vehicle now and Mahindra is yet to decide on the number of seats in the new vehicle.

Compact SUV market is an untapped segment in India where the only available vehicle is the recently launched Rio, a 5-seater SUV marketed by Premier. It uses body parts from a Chinese auto company Zotye and is priced in a range of Rs 5.6-6 lakh. Premier has sold around 200 Rios since January 2010.

Compact Xylo will mark the entry of a big player into this segment.

Meanwhile, M&M is also planning to launch a micro-hybrid version of the Xylo before the year-end. The Mumbai-based automaker will also be introducing the Xylo in several overseas markets in the next few months.

The Xylo, which is the most ambitious project of M&M after the Scorpio, is currently priced in the range of Rs 7.57 lakh to Rs 9.69 lakh (ex-showroom Mumbai). It is produced on the same assembly line as the Scorpio.

Ford’s all-new, award-winning Fiesta is coming to India this year. This marks the first in a series of eight new global products that Ford plans to introduce in India by the middle of this decade. […]