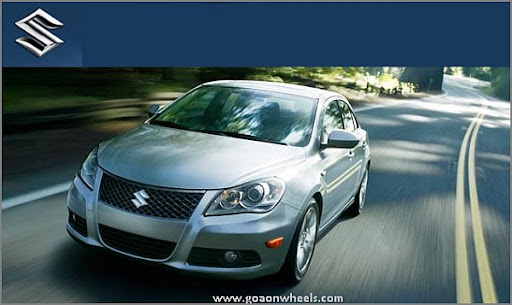 Suzuki Motor will start selling the Kizashi sedan in China from June in order to increase its product line-up in the world’s largest market.

Suzuki Motor will import and sell the Kizashi sedan via a sales agent in China. Meanwhile, the car company also plans to expand its dealer network in China to 1,200 dealers to expand sales.

The Kizashi will have a 2.4-litre engine and comes in two-and four-wheel-drive versions featuring continuously variable transmissions. Suzuki will offer sportier-looking Kizashis as well.

The Kizashi model was unveiled at the recent 2010 Beijing auto show.

Maruti Suzuki showcased the Kizashi at the Delhi auto expo and had hinted that it would be launched in India by October 2010. In India it will also see the import route but may be in the CKD version to keep costs low. India the Kizashi will compete with Honda’s Civic, Skoda’s Laura, Chevrolet Cruze and Toyota Corolla.

Kizashi’s success will depend on the price and features as this segment already has some good players and Maruti Suzuki will have to all new strategy to market this product.

Maruti to launch Kizashi in India

Maruti Suzuki plans to launch the Kizashi, a crossover between a sports car and a sedan, in India next year. The car was launched earlier this year in the US and Japan.

BMW X3 details are out and one can book the new SUV which will be launched officially by end of this month. The company is calling the X3 Sports Activity Vehicle and has a very […]