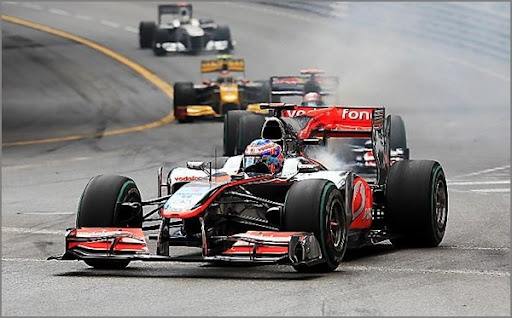 Australian Mark Webber has taken over at the top of Formula One drivers’ standings after a line-to-flag victory in the Monaco Grand Prix — the sixth race in the calendar. Webber followed up his all-the-way success in Spain the previous week by repeating that feat, with Red Bull teammate Sebastian Vettel chasing him home in second place. Two-time world champion Fernando Alonso is only three points behind in third place after finishing seventh in Monaco — despite starting from the pit lane.

However, world champion Jenson Button — who led the way going into the Monaco race — has slipped to fourth after a mechanical failure meant he picked up no points on Sunday.

In the constructors’ standings, Red Bull have now opened up a 20-point lead over Ferrari with McLaren a further seven adrift in a fascinating three-team race for honors.

Red Bull’s Mark Webber has completed his second successive start-to-finish victory with a comprehensive triumph in the iconic Monaco Grand Prix. The Australian, who secured his first win of the season in Spain last weekend […]