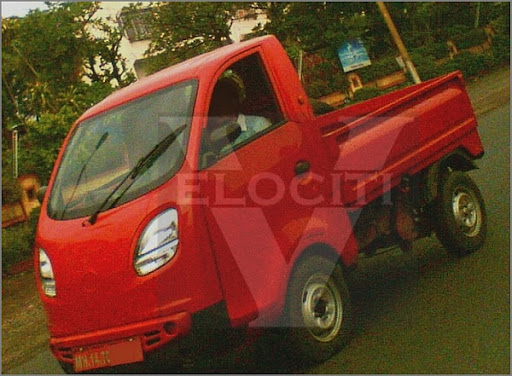 In 2005, Tata Motors created a new segment in the small commercial vehicle — with Ace the little wonder. It prompted the other three-wheeler majors to enter the category, which is today the fastest growing among light commercial vehicles.

Tata after launching various versions of the Ace like Ace HT, Ace EX and Super Ace 1 tonne is now planning to launch a smaller version which is code named Penguin. The Penguin which shares its platform with Magic Iris will be launched before the end of the financial year 2010-2011.

The Society of Indian Automobile Manufacturers (SIAM) data shows that Ace, which had a dominant market share of 87% in the goods carrier category for the last fiscal, has been recording a decline since January when M&M launched its Gio & Maxximo.

Tata Motors, India’s largest vehicle maker, will set up a new manufacturing plant for the Ace and for other similar products, as it tries to defend its share in the segment from increased competition.

There is also a lot of buzz that Tata Motors may explore producing Ace family of products at its existing Dharwad plant in Karnataka.

Ravi Pisharody, president, commercial vehicle business unit, said, “Ace is a product for the common man. It is a revolutionary mini-truck. The opportunity is huge and growing… We see a big growth for the ACE family in the coming days.

Tata Motors’ total sales (including exports) of Tata commercial and passenger vehicles in October 2010 were 64,757 vehicles, a growth of 21% over 53,404 vehicles sold in October 2009. The company’s domestic sales of Tata […]

Tata unveils the Pixel at the 81st Geneva Motor Show

Tata Motors presented at the 81st Geneva Motor Show the Tata Pixel, a new city car concept for Europe. Based on the Tata Nano, the Tata Pixel – at just over three metres in length […]

Tata Motors showcased the Nano CNG at the Auto Expo. Based on the same Nano Platform the CNG variant will come with a additional CNG kit with current sequential gas injection system with the ECU […]