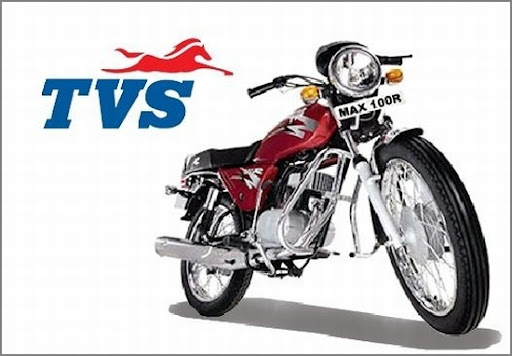 Bajaj which had earlier announced its exit from the low end commuter segment was forced to launch bikes again and its success can been with the growing numbers especially with the launch of Discover 100.

Hero Honda with its models like CD Dawn, CD deluxe and Splendor are still dominating this segment.

The TVS Max was discontinued a few years ago as its 2-stroke engine did not meet the then stringent emission norms. But now it’s all set to make a comeback in a 4-stroke version. According to Autocar, a top official said that the Max4-R will be launched in May this year to address the market for rugged load carriers.

TVS already has entry level models like Star and Sport but there’s still a gap in terms of rugged bikes which can withstand heavy overloading, something that is quite common in the rural markets.

The new Max-R will be equipped with 110 cc engine, borrowed from its recently launched   Jive. The expected price tag for the bike is Rs. 35,000. And the Max will compete with the likes of Hero Honda’s CD Dawn, CD Deluxe and Bajaj’s Platina.

Toyota Motor conducted a unique Fortuner 4WD (four wheel drive) Boot camp for the owners of India’s most successful SUV, the Toyota Fortuner.  This exclusive off-roading experience was held at a specially designed course off […]

Toyota India which plan to launch the much awaited Etios cars by end of year is studying to launch the car in CNG and LPG options. We are looking at every possible alternative to launch […]