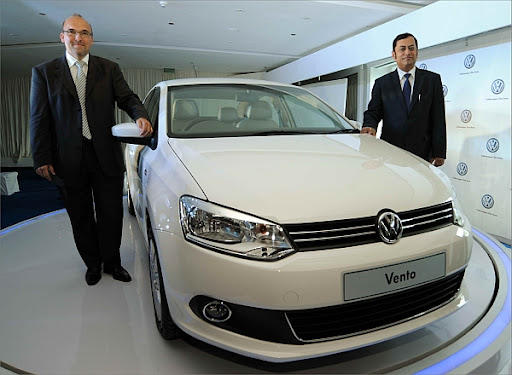 Volkswagen Indian which officially launched the Vento in September has received 4,000 bookings for in just three weeks since launch.

The Vento which competes with Honda city is offered in a petrol and diesel engine option.

The performance can be credited to the advertisements by the company which also includes a talking newspaper ad and the aggressive pricing coupled with a diesel option. The high demand will lead to high waiting period which is not such good news for prospective buyers, however the company has started a second shift at its Chakan facility to reduce waiting time.

Chevrolet India launched the CNG version of its Chevrolet Aveo mid-size.  The Aveo CNG is a bi-fuel vehicle with a full-size petrol tank that is one of the most environmentally friendly cars available in India. […]

Italian scooter maker announced its official entry in India in January and unveiled the Aprilia RSV4 superbike. The company also started accepting bookings in major Indian cities for the superbike. Piaggio group is gearing to […]

The Volkswagen brand continues its impressive growth even in the New Year with 7,077 vehicles sold in the month of February alone. The renowned ‘German Engineering’ was recognised by experts in the Indian automotive fraternity […]