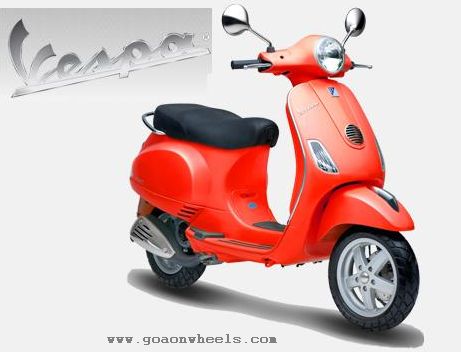 The iconic Vespa, is poised to make another comeback in a new-age avatar, nearly 50 years after it first rolled into the country.

The board of Piaggio & Co has okayed a plan to invest nearly Euro 30 million over two years to establish a 1.5-lakh capacity plant that will produce a model specially developed for India, the world’s second-largest two-wheeler market, the Italian company said in a statement.

“A meeting chaired by Roberto Colaninno (chairman), the board of directors of Piaggio & C. SpA approved the strategic guidelines and industrial plan of a new Piaggio Group initiative in India for the production and sale of two-wheel vehicles, beginning with a Vespa LX 125 model,” the statement said. The first scooters are to roll out by the end of 2012, the company said.

Vespa first entered India in the late 1950s through a joint venture agreement with the Firodias who were then part of the Bajaj group. The Vespa 150 was an immediate success, spawning long waiting periods. The JV was terminated in 1971.

The scooter was back in India again through a joint venture with LML in 1983. That partnership ended in 1999 after a protracted dispute with the companies when LML bought back Piaggio’s stake in the company.

Though Piaggio had revealed plans to relaunch Vespa as early as 2006, the scooter’s third coming is tinged with irony as the Bajajs, its first partner, has announced plans to exit the scooter segment to singularly focus on the motorcycle market.

Piaggio plans to produce up to 1.5 lakh units a year at its new facility in India. The company, which also makes the Apé range of three and four wheelers.

The new factory apart, another one run by Piaggio’s Indian offshoot could also produce Vespas. Piaggio Vehicles India Pvt Ltd, which operates an engine plant for two- and three-wheelers at Baramati in Maharashtra, has the capacity to manufacture Vespa’s.

The Rs 360-crore engine plant has begun to make petrol engines of 125 and 150 cc, with plans to also produce 1 and 1.2 litre diesel engines for Piaggio’s three wheelers.

Tata may assemble Freelander in India

Tata Motors will commence assembly of Land Rover’s Freelander in India by end of 2010. The company has planned to launch these locally assembled cars from the mid of 2011 in the country. This will […]

After a long break of over a month, GEARheads are ready to ride together again! Our destination this time around is the historic Cabo de Rama Fort in South Goa. The roads that lead up […]