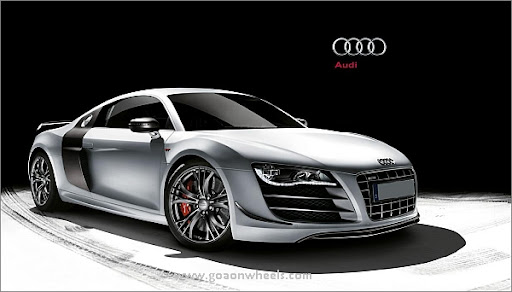 Audi India clocked a 47 per cent growth in sales in September at 302 cars as against 205 cars in the year-ago period.

The much-awaited Audi A8 LWB would be launched towards the end of this year, he said

The company is “extremely bullish” on 2011. Audi recently added a new engine variant-the 3.0 TFSI to our highly successful SUV-Audi Q7.

The highly anticipated flagship car from the four rings brand, the 2011 Audi A8 was unveiled at Miami recently, ahead of its arrival in UK showrooms next March. The sporty luxury car features revolutionary features […]

The next big launch for the German car-maker, Audi is just around the corner and the company has today published a teaser video on its new online channel, ‘Audi MediaTV.’ [Can’t watch the video? Head […]

BMW launched the X1 sports utility in India. The X1 launched in 3 versions starts at Rs. 22 lakhs. The company will assemble the X1 from its Chennai plant for which it has invested around Rs […]