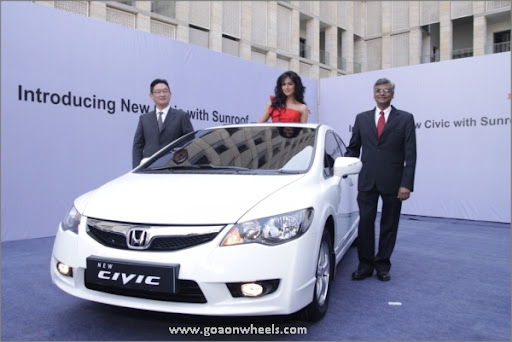 The introduction of sunroof gives the car an impressive panoramic feeling making it look brighter and larger. The Sunroof was found to be the most desirable feature in the Civic based on the customer’s feedback. 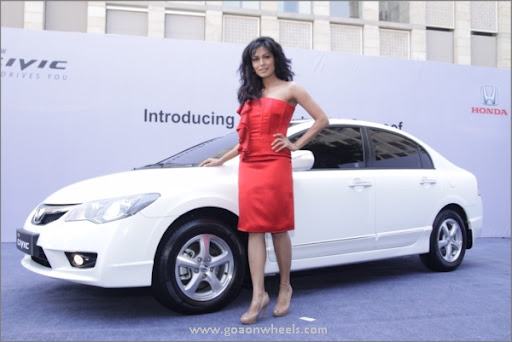 Honda Civic will have a new color Urban Titanium along with the existing colors available in the range.

Speaking on the occasion, Mr. Tatsuya Natsume, Director, Marketing, Honda Siel Cars India Ltd. said, “We are delighted to introduce the new Civic with sunroof which further augments the style quotient of the car and make it even more desirable. We believe that this variant will greatly appeal to the customers for whom the style is a way of life.”

Launched in 2006, the Honda Civic redefined the lower D segment of passenger car segment in India. HSCI has sold over 50,000 units cumulatively in the last 4.5 years and has won several automobile awards including the Indian Car of the Year (ICOTY) 2007 and topped the JD Power Initial Quality Study in 2010 with the best ever score in the Industry.

The Honda Civic comes with a 2+2 year warranty and 24-hr roadside assistance as standard value for all new Civic buyers.

The Civic sunroof range will be available at the following prices (Ex-showroom Delhi):

Carz Spa has opened its franchise beauty clinic in St Inez, located at CP Manzil Lourdes Vaddo. The clinic said it is offering stellar service and attention to details like customize treatment and expresses their […]

SkodaIndia has announced a Pre Monsoon Check up’ Campaign.  During this event all the Cars will be examined thoroughly for the monsoons. Check-up across all of Škoda’s dealerships from 15th June to 30th June (All […]